The greatest poker players that have ever lived have won and lost games, participated in countless tournaments, and are known the world over for their skills at the poker table.

Brunson is one of the most well-known poker legends. He was the first to ever win $1 million in a poker tournament and has won 10 WSOP bracelets throughout his 40 year career. He is tied in first place with Chan and Hellmuth for bracelets. He won WSOP main events consecutively with the same hand – a full house with tens and deuces. It is now a hand called Doyle Brunson. 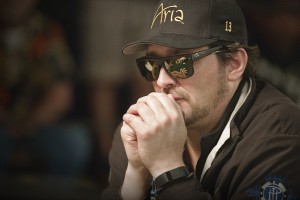 Hellmuth is known as the “poker brat” because of his ego that is often seen at the table. While he has a large fan base, he is also seen negatively because of his inability to lose with style.

At the age of 25, he defeated Johnny Chan in the WSOP event and became the youngest poker champion ever. He dropped out of school to play poker professionally, has hosted Celebrity Poker Showdown on Bravo and holds 10 WSOP bracelets, where he is tied with Brunson and Chan.

Johnny Chan was a poker star in the 1980s and won two consecutive championships with the WSOP in ’87 and ’88 – and no one has repeated this feat. 2005 marked the year he won his 10th WSOP title and he ties both Brunson and Hellmuth for gold bracelets. 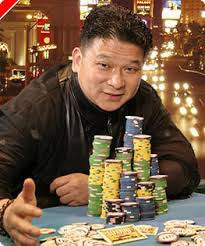 Chan was born in China and moved to the States with his family. He started gambling at the age of 16 and moved to Vegas after dropping out of college to be a pro poker player. In 2002, he was inducted into the Poker Hall of Fame.

Johnny ChanNguyen is from Las Vegas and holds 5 WSOP bracelets. He has won over $11 million in total winnings and has a total of 33 first place finishes under his belt.

He was born in South Vietnam and when he made it to Orange County; he spent a lot of time in the back-room poker games around the city. He was expelled from school because he spent more time at these games than he did in class.